WSOP.com, which is currently fully operational in New Jersey and Nevada, will be the exclusive online home for players in the United States to win seats into WSOP events, including the Main Event. Three events have been confirmed — the Millionaire …

Earlier this year, Betfair joined the New Jersey online poker foray by partnering with Atlantic City's Trump Plaza, and together the two companies launched BetfairCasino.com in late November. According to Proactive Investors, Betfair has revealed that …

We're still months and months away from the 2014 World Series of Poker (WSOP) event, which we already know will be held at the Rio All-Suit Hotel and Casino, but now we also know the exact dates the world famous poker tour will take place. The 2014 …

Poker Games – Play Free Online Games at GamesGames.com. Free Poker. At FreePoker.org you can play online poker for free without download. Play poker with your friends in the biggest free online poker community …

Reason-Rupe found 65% in favor of legalizing online poker, while Adelson's survey found 57% opposed. The survey methodologies were different, and opponents of each will argue that surveyors got the results they wanted.

A number of Pennsylvania lawmakers are intent on keeping pace with New Jersey with regard to gambling availability both live and online.

The World Series of Poker schedule is set for next year, a bot is pretty good at poker, and two WPT final tables. It’s all in today’s Hit and Run.

WSOP schedule: The World Series of Poker announced its 2014 schedule; get the early lowdown from the source here. Also, here’s an interview with WSOP executive director Ty Stewart on a wide variety of poker topics.

WPT: Julian Thomas headlines the final table of the World Poker Tour Prague; updates here. And a winner was crowned at the WPT Korea.

#TBT Same poker face, but what's the price to grow my hair like that again for one year? http://t.co/jtgHnfxrya

–The Atlantic Club Casino — yeah, the one PokerStars tried to buy in New Jersey — declares bankruptcy and will be purchased by Caesars. And a scathing op-ed here.
–Phil Laak owes some money to the IRS.
–888 is now the second biggest online poker site in the world.
–Americans really aren’t against online poker and gaming, according to a recent poll, despite people who would like to have you believe otherwise.
–How are the online casinos/poker rooms doing in New Jersey? Grades here. It appears Party Poker is crushing it.
–The WCOOP Challenge gets underway at PokerStars.
–What would you like to see happen in the Rounders sequel.
–samrostan is crushing souls in the high-stakes online games.
–Bitcoin poker site SealsWithClubs had its database compromised. And in a timely piece, perhaps, the cons of bitcoin in online poker.
–Celina Lin blogs. 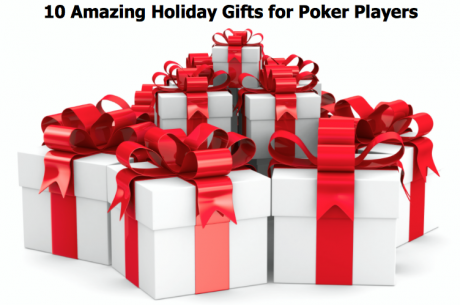 Don’t know what to get the poker player on your Christmas list? Don’t worry, PokerNews has got you covered with these 10 great gift ideas!

There is just one week to go in the voting for the 2013 British Poker Awards, so which player/venue/blogger/site has done enough this year to merit your vote?